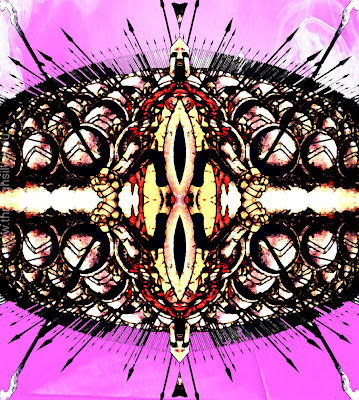 Director: Zack Snyder
Year: 2006
I like a variety of films. I like film adaptations of comics and graphic novels. This film, though…

And I don’t really know where to start with it, either, as everything that could be wrong with this film is wrong with it. Perhaps I should take a look at 300 in the many different ways it can be viewed, beginning with the least relevant and ending with the most offensive crimes against art, entertainment and taste.

300 fails as a historical document. This almost goes without saying, but I would hate for any of the millions of this films viewers to take it particularly seriously. I mean this in terms of the Spartans allegedly fighting for freedom and truth, against the ‘barbarians’ of the east. This essay deals with the historical inaccuracy of the film quite nicely: ‘Orientalism (and Fascist Aesthetics) for Beginners’. Anyway, the gist of it is that the Spartans were a pretty fascist bunch; little to do with the democratic Athenians, and to pretend such an empire as Persia’s could have existed based entirely around slaves and barbarism is insane.

300 fails as a graphic novel translation. This is quite an odd indictment because, for the most part, it is in complete thrall to the graphic novel it is named for. The script features many lines lifted directly from speech bubbles, and some of the camera angles are semi-live action takes on art panels. Interestingly, where the film deviates from the book, it fails so spectacularly as to hurl itself down that bottomless pit they have in Sparta.

First and foremost in the ill-advised cinema-only moves is the reduction of Queen Gorgo (Lena Headey) to a piece of Hollywood stereotype tat. In the comic, she is as hard-nosed as Leonidas (Gerard Butler); early in the film, she is the one who gives the nod to drop the Persian messengers into the pit. Somewhere along the line, though, she softens up. She gives Leonidas a keep-sake in a moment of out-of-character sentimentality. Most worryingly, she is very willing to submit to the sexual desires of some scheming politician (Dominic West) who was shoved into the story.

Gorgo gets her ‘revenge’ in the form of outing Scheming Politician as a traitor in the most ridiculous added scene in the film. Deciding the screenplay was lacking in filibusters, Gorgo addressed some old Spartans in a painfully contrived bit of fluff. Shortly after essentially being raped by Scheming Politician, she is able to smirk through a rousing speech that seemed to serve no purpose at all. Most amusing is the death of Scheming Politician in this scene; his wallet releases golden coins as his corpse hits the floor. And those coins bear the head of Persian king-god-emperor Xerxes (Rodrigo Santoro)! Seems he should have done a bit more scheming, like perhaps leaving money at home if it had Xerxes heads on it.

Missing was the detail of deformed Spartan turncoat Ephialtes (Andrew Tiernan) attempting suicide when it became apparent he wasn’t suitable for the phalanx. Admittedly, his survival after apparently dropping off a cliff was rather surprising, but that’s nothing on what was allowed into the film (more on that later).

(Not all changes were negative. Thankfully, a rather embarrassing sequence in the book, wherein mighty leader King Leonidas starts punning on names of his soldiers (‘Stumblios’ – hilarious) is stricken from the record. It was pointed out to me that the stanza in the comic served to show, as he beat up a few of his own soldiers, that Leonidas values Sparta over individuals. Sure, but the very fact that he is willing to lead three hundred of his best soldiers into certain death is sufficient evidence of that.)

I should probably point out at this stage that I wasn’t all that enamoured with the book in the first place. It won Miller an Eisner award, but that tells me either that the book came out in a poor year, or the award was more of an ‘it’s Frank Miller’ kind of thing. Perhaps Dick Hyacinth can fill me in. The book was fair enough, but very basic. The art was the most impressive thing about it, and the propaganda worked because it was blatantly just that.

In the medium of the graphic novel, it is clearer that what the reader encounters is simply the retelling of the story, as ordered by Leonidas and embellished to a degree one would expect of something that was created to glorify Sparta. However, a piece of work that just successfully walks the tightrope in its original form plunges to its doom when placed in another medium for which it was not originally intended.

When the action is in motion, and cameras place the audience in the heat of the battle, the emphasis moves from ‘tale being told’ to ‘document of what happened’, over the top narration or no. People wonder why certain graphic novels should never make the jump to film, and this evinces that feeling nicely. Sin City worked because the source material was so film-inspired, had such kinetic artwork and actually documented the events of the piece.

So we’ve established that the film is historically fraudulent, and that it is a poor translation of a book that wouldn’t have worked as a film in pretty much the best case scenario. Anyway, benefit of the doubt and all that. Perhaps it works as an over the top film on its own merit. Unfortunately, and most heinously…

300 fails as an overblown piece of Hollywood schlock. Yes, the worst crime perpetrated by this explosion of Miller and Snyder’s psychological semen onto the formerly silver screen.

The two real problems with this film, in and of itself, are somewhat intertwined. The first is the lack of peril. Anybody who knows anything knows that the art of telling a good story is in the peril facing the protagonists. And also conflict, but that usually manifests as peril anyway. When trying to suggest the fascist kiddy-fiddling Spartans are fighting for the last vestiges of truth and honour in an otherwise chaotic world (awesome, Al Qaeda say the same thing), it might be pertinent to get the viewer to invest emotionally in their struggle.

Painting the Spartans as a bunch of muscle-bound, sarcastic pricks with bizarrely quick minds for dry one liners (the latter a fault of Miller’s) is not the way to do that. Most of the film is spent telling us that the Spartans cannot lose. Leonidas can speak all he wants about their impending doom being a lesson for Greece, but if we don’t see anything to back that up, it’s just hot air.

So when battle commences, the Spartan phalanx tears through the initial grunts, and that is to be expected. However, one would have thought an armoured rhinoceros (not part of the Persian army then or now) might cause them some damage. Apparently not, as a finely aimed spear throw causes it to die, ineffectually, and its carcass stops skidding through the dust a few centimetres away from the Spartan shields.

The biggest crime against drama is when the Immortals head into action. They get bigged up as the proper wrecking crew of the empire’s army (‘one hundred countries’, let’s not forget). They wear excellently dehumanising silver masks and they really look the part; like Satan’s own band of ninjas. They start ‘fighting’ and just drop without much of a struggle. I don’t buy the ‘well, they should have waited til we were more injured’ excuse. It’s just a massive anticlimax and lack of danger for the duration of the film. And the fighting, while adequate, is largely disappointing: Leonidas’s run of solo fighting is somewhere below that of Optimus Prime in Transformers: the Movie on the list of one-man heroic rampages.

Most bizarre, apart from the complete lack of threat facing the Spartans, is the collection of mutants and monsters in the army, as though Asians are somehow sub-human. That the Immortals wear masks at all is a mystery when, as one loses his face-wear, they seem to have grey reptilian faces anyway. Then we have film-only confections like that strange mutant giant who duels with Leonidas for a minute (and why are 99% of deaths in the film picture-perfect decapitations?) and the even more bizarre – like, ripped straight from the ROM of the Doom video game. Seriously, there is a gigantic monster with blades instead of hands whose only job seems to be to assassinate generals who disappoint Xerxes. Word of advice to king-gods everywhere: send these blokes into battle. He’d have killed three hundred Spartans on his own.

All of which brings us to the king-god in question: Xerxes. Was it necessary to turn him into a shaven-headed RuPaul? He minces around most of the time like he’s misplaced his Maybelline, and seems to just fancy Leonidas. I have nothing at all against camp dudes, but that would be low on my list of necessary attributes if I was to create a threatening, barbaric king-god who was taking over the world. And Leonidas can accuse him of ‘hubris’ all he wants, but if I was nine feet tall with a voice several octaves lower than Phil Anselmo, I’d probably think I was at least a demi-god.

That said, the film isn’t all bad. There are times when the visual aspect reaches the lofty expectations promised by the trailer (has there ever been a trailer so much better than the film? It had Nine Inch Nails on its own mini-soundtrack, too), like when the storm of the gods is wreaking havoc on the Persian navy. That was pretty damn awesome. The Spartans themselves were in pretty good shape too, even if one or two of them reminded me of pro wrestler Triple H (again, there is no sense of peril if all Spartans tower over 99.9% of their enemy). Headey is properly beautiful, even if I spent a lot of the film trying to remember from where I know her name.

And I say all this as a fan of comic films in general. I loved Batman Begins, X-Men 2 and Akira. I have no issue with senseless violence or campfests; I have watched enough UFC and fake-fighting in my time, as well as spending enough time in gyms, that this negativity is not borne out of any Guardian-esque, pencil-necked embarrassment at seeing burly men in their pants. No, this film is just complete rubbish.

All in all, this was a pretty dismal failure on all fronts. What is most frightening is that this debacle occurred with Frank Miller on board as Executive Producer (I don’t know how hands-on he was, but he must have at least given it the nod). Director Zack Snyder’s next project is a translation of graphic novel classic Watchmen, which is an infinitely more complex book, and one whose success is even more tied to its original medium. And that’s going to be without its creator Alan Moore on board in any fashion. As bad as this was, I live in dread of that one.
by throughsilver at Monday, April 02, 2007